This is an outstanding side dish that I recently saw on the Food Network’s ‘The Kitchen” ! I have been binging on cooking shows for various reasons lately and ‘The Kitchen‘ is one of my favorites! Jeff Mauro always comes up with amazing recipes! The is an Asian style coleslaw made from brussel sprouts! The ingredients are super clean! This is a fresh dish that will go along great with any protein! I paired it with teriyaki salmon that I made with Kinder’s Teriyaki sauce. The sauce was absolutely outstanding! It tasted similar to a teriyaki dish i once had at P.F. Chang’s ! 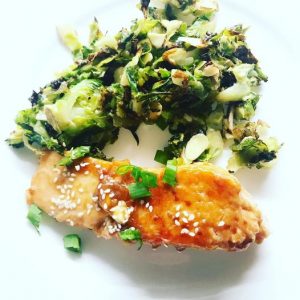 For the salmon, I marinated 4 Norwegian salmon filets in a bag of Kinder’s Teriyaki sauce for about 2 hours. About a half an hour before cooking, I brought the salmon out and laid it on the counter to bring it to room temp. After the salmon was at room temperature, I heated a non-stick skillet over medium heat with a splash of olive oil. Add the salmon, reserving the marinade from the bag. Heat for 2 minutes in pan. After 2 minutes add reserve marinade. Cook for another 2 minutes or so the flip. Cook another 3-4 minutes until salmon reaches internal temp of 145 degrees! 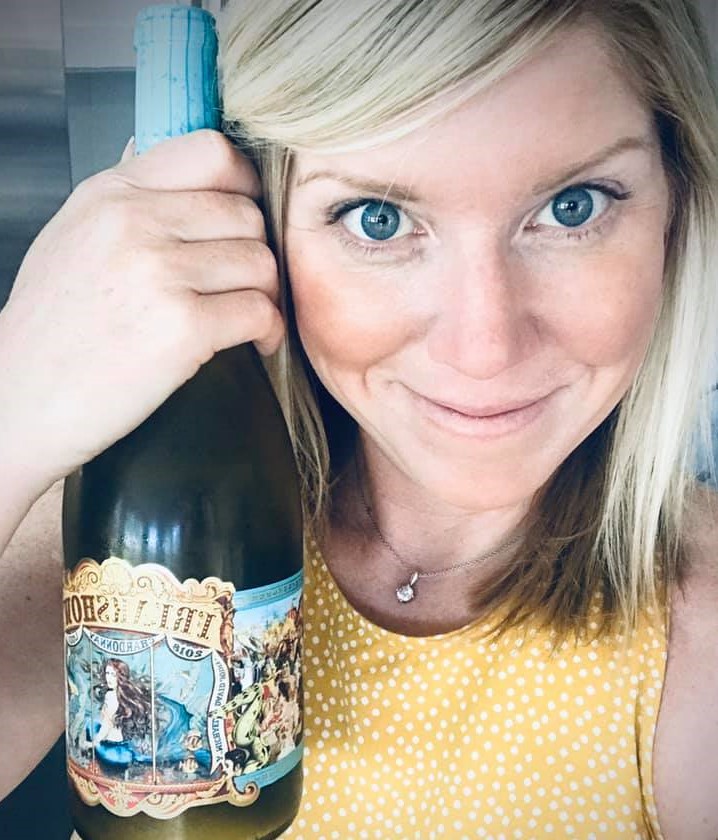 I am a lover of all things family, food, and health! I look to find creative ways to make our favorite foods in a healthier way!